The thirties were zombie years. Civilization had been killed but it kept walking the Earth, staggering toward some fate even worse than death.

Everyone felt it. The culture of the time was rife with fear and anger, denial and guilt, shame and regret, repression and the return of the repressed. They went through motions, always in a state of suspended dread, always aware of their wounded status, wondering what massive stroke would fall next, and how they would manage to ignore that one too, when it was already such a huge effort to ignore the ones that had happened so far, a string of them going all the way back to 2020. Certainly the Indian heat wave stayed a big part of it. They could neither face it or forget it, they couldn’t think about it but they couldn’t not think about it, not without a huge subconscious effort. The images. The sheer numbers. These recalled the Holocaust, which had left a huge hole in civilization’s sense of itself; that was six million people, but an old story, and of Jewish people killed by Germans, it was a German thing. The Palestinians’ Nakba, the partition of India; on and on these bad stories went, the numbers always unimaginable; but always before it had been certain groups of people who were responsible, people from an earlier more barbaric time, or so they told themselves. And always these thoughts obtruded in an attempt to stave off the heat wave, which was now said to have killed twenty million. As many people, in other words, as soldiers had died in World War One, a death toll which had taken four years of intensely purposeful killing; and the heat wave had taken only two weeks. It somehow resembled the Spanish flu of 1918 to 1920, they said; but not. Not a pathogen, not genocide, not war; simply human action and inaction, their own action and inaction, killing the most vulnerable. And more would surely follow, because they all were vulnerable in the end.

And yet they still burned carbon. They drove cars, ate meat, flew in jets, did all the things that had caused the heat wave and would cause the next one. Profits still were added up in a way that led to shareholder dividends. And so on.

Everyone alive knew that not enough was being done, and everyone kept doing too little. Repression of course followed, it was all too Freudian, but Freud’s model for the mind was the steam engine, meaning containment, pressure, and release. Repression thus built up internal pressure, then the return of the repressed was a release of that pressure. It could be vented or it could simply blow up the engine. How then people in the thirties? A hiss or a bang? The whistle of vented pressure doing useful work, as in some functioning engine? Or boom? No one could say, and so they staggered on day to day, and the pressure kept building.

So it was not really a surprise when a day came that sixty passenger jets crashed in a matter of hours. All over the world, flights of all kinds, although when the analyses were done it became clear that a disproportionate number of these flights had been private or business jets, and the commercial flights that had gone down had been mostly occupied by business travelers. But people, innocent people, flying for all kinds of reasons: all dead. About seven thousand people died that day, ordinary civilians going about their lives.

Later it was shown that clouds of small drones had been directed into the flight paths of the planes involved, fouling their engines. The drones had mostly been destroyed, and their manufacturers and fliers have never been conclusively tracked. Quite a few terrorist groups took credit for the action in the immediate aftermath, and demanded various things, but it has never been clear that any of them really had anything to do with it. That multiple groups would claim responsibility for such a crime just added to the horror felt at the time. What kind of world were they in?

One message was fairly obvious: stop flying. And indeed many people stopped. Before that day, there had been half a million people in the air at any given moment. Afterward that number plummeted. Especially after a second round of crashes occurred a month later, this time bringing down twenty planes. After that commercial flights often flew empty, then were cancelled. Private jets had stopped flying. Military planes and helicopters had also been attacked, so they too curtailed their activities, and flew only if needed, as if in a war. As indeed they were.

It was noticed that none of the experimental battery-powered planes had been brought down, and no biofuel-powered planes, also no blimps, dirigibles, or hot-air balloons; no airships of any kind. But in that period there were so few of these, it was hard to tell at the time if they had been given a pass or not. It looked like they had, it seemed to make sense, and the surge in airship manufacture, which had already gotten a small start, has never ceased to this day.

The War for the Earth is often said to have begun on Crash Day. And it was later that same year when container ships began to sink, almost always close to land. Torpedoes from nowhere: a different kind of drone. It was noticed early on in this campaign that ships often went down where they could form the foundations for new coral reefs. In any case, they were going down. They ran on diesel fuel, of course. Loss of life in these sinkings was minimal, but world trade was severely impacted. Stock markets fell even lower than they had been after Crash Day. A worldwide recession, a feeling of loss of control, price spikes in consumer goods, the clear prospect of the full-blown depression that indeed followed a few years later… it was a time of dread.

Two months after Crash Day a group called Kali, or the Children of Kali, issued a manifesto over the internet. No more fossil-fuel-burning transport. That was about twenty to twenty-five percent of civilization’s total carbon burn at this point, and all of it vulnerable to disruptions, as the manifesto put it.

Next up, the Children of Kali (or someone using that name) told the world: cows. Later that same year the group announced that mad cow disease, bovine spongiform encephalopathy, had been cultured and introduced by drone dart into millions of cattle all over the world. Everywhere but in India, but especially in the United States and Brazil and England and Canada. Nothing could stop these cattle from sickening and dying in a few years, and if eaten their disease could migrate into human brains, where it manifested itself as Variant Creutzfeldt-Jakob disease and was invariably fatal. So to stay safe, people needed to stop eating beef now.

And indeed in the forties and ever after, less beef got eaten. Less milk was drunk. And fewer jet flights were made. Of course many people were quick to point out that these Children of Kali were hypocrites and monsters, that Indians didn’t eat cows and so didn’t feel that loss, that coal-fired power plants in India had burned a significant portion of the last decade’s carbon burn, and so on. Then again those same Indian power plants were being attacked on a regular basis, so it wasn’t clear who was doing what to whom. Scores of power plants were being destroyed all over the world, often by drone attacks. Power outages in those years were most common in India, but they happened everywhere else too. The War from the Earth was real, but the aggressors were nowhere to be found. It was often asserted they were not in India at all, and were not even an Indian organization, but rather an international movement. Kali was nowhere; Kali was everywhere.

There are about sixty billion birds alive on Earth. They’ve been quicker than anyone to inhabit the rewilded land and thrive. Recall they are all descended from theropods. They are dinosaurs, still live among us. Sixty billion is a good number, a healthy number.

The great north tundra did not melt enough to stop the return of the caribou herds to their annual migrations. Animals moved out from the refuge of the Arctic National Wildlife Refuge in Alaska and repopulated the top of the world. In Siberia they’re establishing a Pleistocene Park, and re-introducing a resuscitated version of the wooly mammoth; this has been a problematic project, but meanwhile the reindeer have been coming back there, along with all the rest of the Siberian creatures, musk, oxen, elk, bears, wolves, even Siberian tigers.

In the boreal forests to the south of the tundra and taiga, wolves and grizzlies have prowled outward from the Canadian Rockies. This is the biggest forest on Earth, wrapping the world around the sixtieth latitude north, and all of it is now being returned to health.

It’s the same right down to the equator, and then past the equator, south to the southern ends of the world. Certain inhospitable areas everywhere had been almost empty of humans all along; now these have been connected up by habitat corridors, and the animals living on these emptier lands are protected and nourished as needed. Often this means just leaving them alone. Many are now tagged, and more all the time. There is coming into being a kind of Internet of Animals, whatever that means. Better perhaps to say they are citizens now, and have citizen’s rights, and therefore a census is being taken. Watersheds upstream from cities are adopted by urban dwellers who observe their fellow citizens from afar, along with making occasional visits in person. Wild animals’ lives and deaths are being noted by people. They mean something, they are part of a meaning. Not since the Paleolithic have animals meant so much to humans, been regarded so closely and fondly by we their cousins. The land that supports these animals also supports our farms and cities as well, in a big network of networks.

There are fewer humans than before. The demographic peak is in the past, we are a little fewer than we were before, and on a trajectory for that to continue. People speak now of an optimum number of humans; some say two billion, others four; no one really knows. It will be an experiment. All os us in balance, we the people, meaning we the living beings, in a single ecosystem which is the planet. Fewer people, more wild animals. Right now that feels like coming back from a time of illness. Like healing, like getting healthy. The structure of feeling in our time. Population dynamics in play, as always. Maybe that makes us all living together in this biosphere some kind of supra-organism, who can say.

In a high meadow, wild bighorn sheep. Their lambs gambol. When you see that gamboling with your own eyes, you’ll know something you didn’t know before. What will you know? Hard to say, but something like this: whether life means anything or not, joy is real. Life lives, life is living. 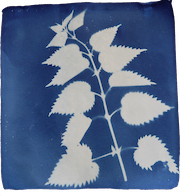